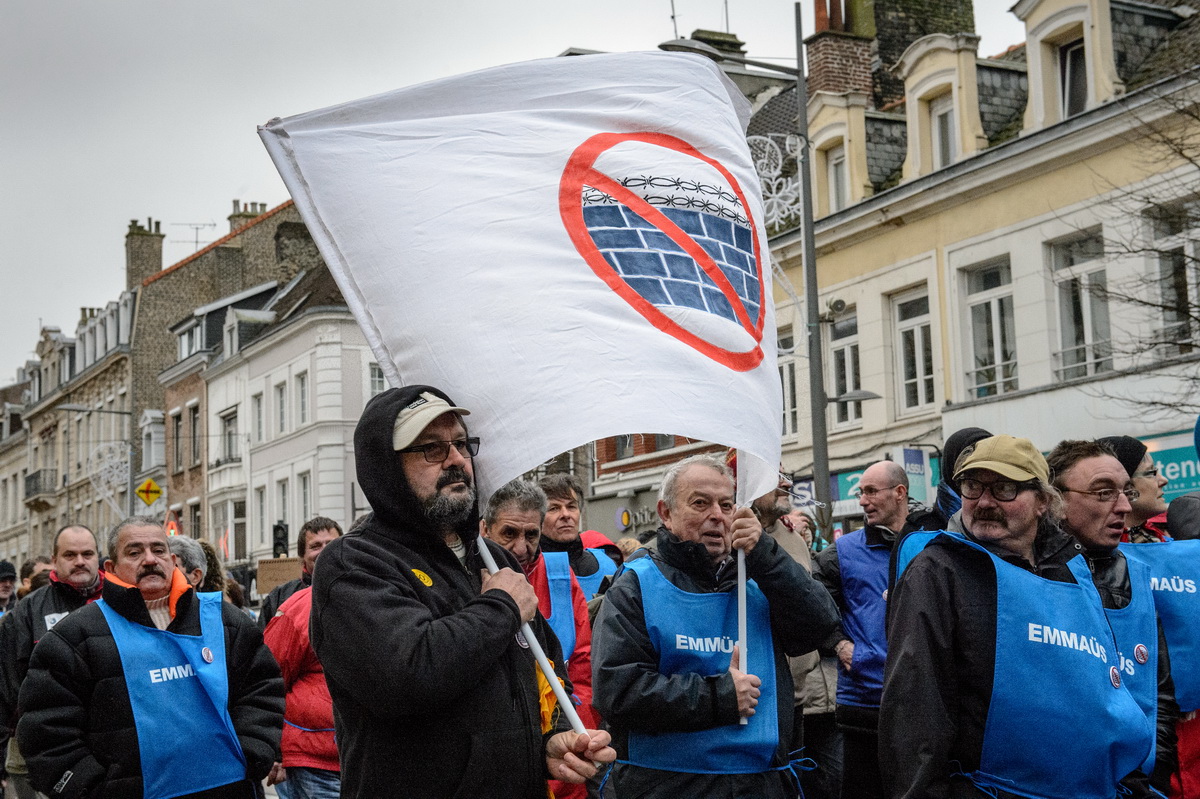 Calais, December 2014 On world Migrant Day, more than 800 persons including migrants and members of local and national associations, joined a manifestation organized by French foundation for the homeless Emmaus, to protest against the installation of the “Wall of Shame”, a 20 kilometer-long security fence around the ferry port of Calais aimed to stop migrants from crossing the English Channel. The presence in Calais of thousands of migrants has divided the Calaisians. While several organizations provide humanitarian aid, the presence of migrants has also fuelled support for the far-right, which has risen in France in the wake of the economic crisis and disillusionment with the Social government of President Hollande.